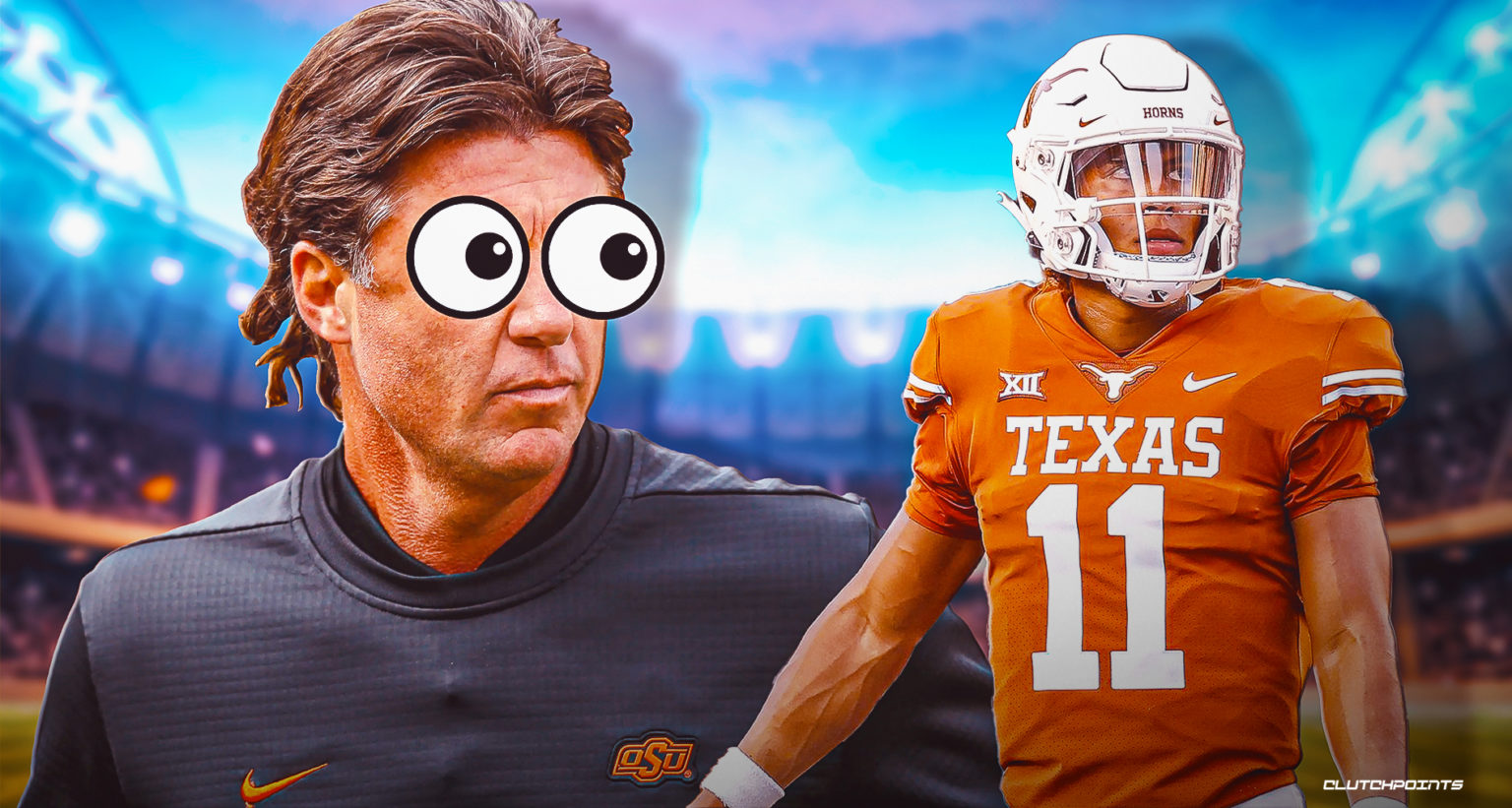 Texas wasn't perfect on offense but put up more than enough offensive firepower to beat Oklahoma. What it shows a humble Armchair Analyst like me is that Coach Sark is making the incremental changes we've been hoping for for years and will just need to recruit and develop the depth to keep get over the hump. Frankly, all of the quick Texas scores in the first half kept the defense on the field too long and we just didn't have the depth to sustain it through. And let's be honest too. Most analysts expected the Longhorns to be somewhere between a 10-2 or an 8-4 team. By beating TCU, it means we probably land somewhere around 10-2 or 9-3 with 9-3 being the most likely. And the Oklahoma game most everyone expected us to lose to begin with. Granted, we didn't expect that kind of a loss, but it was an expected loss. So we have to look at the facts. Texas did a ton of great things in this game that shows me we are making the changes we need. It's just not going to happen overnight. And we have to be patient with that. Bijan should be a Heisman candidate and Texas still has a shot at the Big 12 Championship. And we just saw some of the best play from a Texas QB, Receiver and Running Back in Red River history - and from an on the field standpoint - they're all sophomores or younger.

This week we face another big test. Oklahoma State has beefed up their defense and is playing really well. Mike Gundy has abandoned the "we'll just out score you" offense and has methodically been constructing a team that can beat you on both sides of the ball. In early fall I would have said Texas wins this game but I'm not so sure now. OSU has a solid D and we know what they do on offense every year. The test will be, how Texas rallies after the OU game.

The key to the game will be Texas' depth. Do we have the depth to go four quarters with a good team? Not a great team, we just proved we couldn't, but a good team.

I was disappointed that Sark didn't use Keilan more. I was also disappointed that Sark didn't use Bijan as a receiver quite as much as I would have liked. That said, we know the problem. The Texas O Line. Frankly, we should be celebrating Sarks ability to scheme and score as much as he did given the offensive line woes. And I don't expect much difference in this game vs OSU. Texas is going to see tons of pressure on Thompson and Bijan together and will force Sark to scheme around the pressure. Tons of disguise and tons of quick and go should be the order of the day. Keep the ball away from the worst parts of the offensive line but expect the OSU D will play to seal the edge.

On defense we just need the offense to sustain drives. Quick scores or 3 and outs is depleting our defensive gas due to lack of depth and we're just not good enough for that yet. I see the tackling work coach K has put in during the off-season. Texas is tackling different and there are signs we'll get better at it. But whenever a defense is on it's heals and out of gas, they tend to revert back to bad habits before they stick to the newer training. When Texas tackles well, I really like what I see over past years. We just need more depth and, frankly, more time under the current staff.

This is an undefeated OSU team that is surprising many and playing good football. And we see the same problem in OSU that we saw in OU. An undefeated team with some close wins to date. Personally, I think it's a possible 2nd recipe for disaster. If OSU stops Bijan and double covers X with JWhitt out, we're in for a long day. Texas should win but the veteran defensive players have had a new coordinator each of the last 3 years and our O Line just needs so much work. Given what OU and Arkansas did, I expect Gundy will have a plan. I don't think he needs to outcoach Sark. He simply needs to take advantage of the obvious problems on the offensive and defensive lines. I'm picking OSU in this one. I think the pokes take it on a last minute field goal. 54-51. Sorry and Hook 'Em!