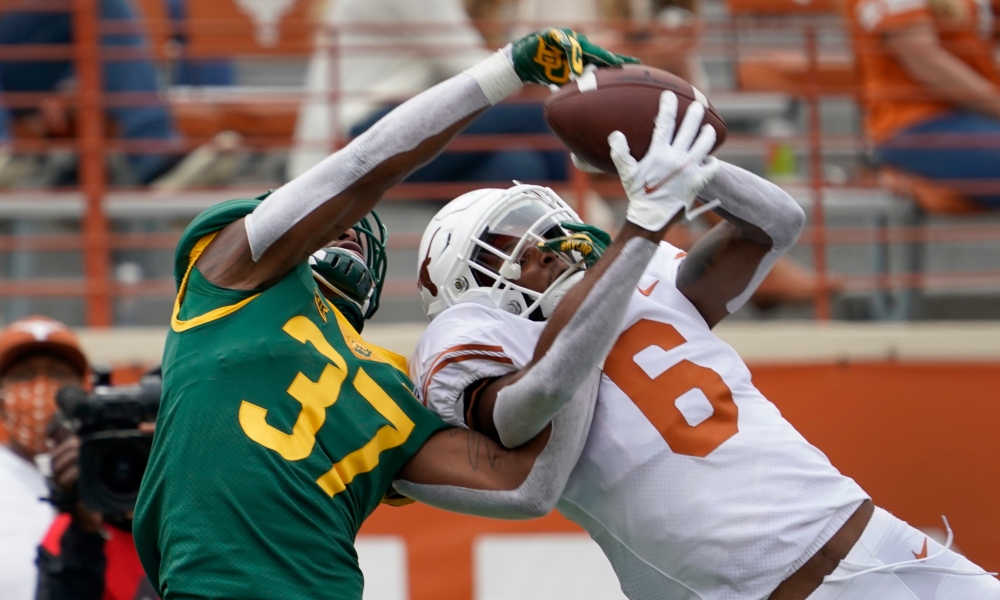 I get it. We're shocked. How doe we beat TCU, who has confused us thoroughly over the last 10 years, throttle Tech and then drop the 4th quarters to the Oklahomas? But let's be real. Texas was a 10-2 team AT BEST, 8-4 at worst. And right now we're sitting in the middle of that. About where most of us believed Texas should be preseason. So why do we complain? Because we know what Texas could be. We know that Texas might just be 1 Colt McCoy injury away from being Alabama over the last 10 years instead of the other way around. Possible? Sure. Likely? Probably not. But I digress.

This week, we face the #3 team in the Big 12 and we haven't seen them vs OU yet. Texas has a shot at the Big 12 Title if they win out and OSU (most likely because they already dropped 1 game) loses 2 more. OU could lose 3 I guess, but the odds are on OSU. (And still VERY low). So no breath holding here.

Baylor has only 1 loss to OSU and the #2 running back, behind Bijan, in whatever category Bijan is #1 in. Texas has suffered against the run IMHO. So Texas has 1 play as I see it. RUN RUN RUN. Keep the Baylor O off the field and keep the ball in the hands of #5. The season is over, give him a shot at a Heisman. He is the best player in the country and would be higher up on Heisman boars if Texas was winning. Give him a Heisman season they can't ignore.

That said, I think that the Dave Aranda defense is going to give Sark enough fits that the Texas O will stall, and the Baylor run game will win the day. Bijan and X will get theirs for sure, but it won't be enough. Baylor 35 Texas 28