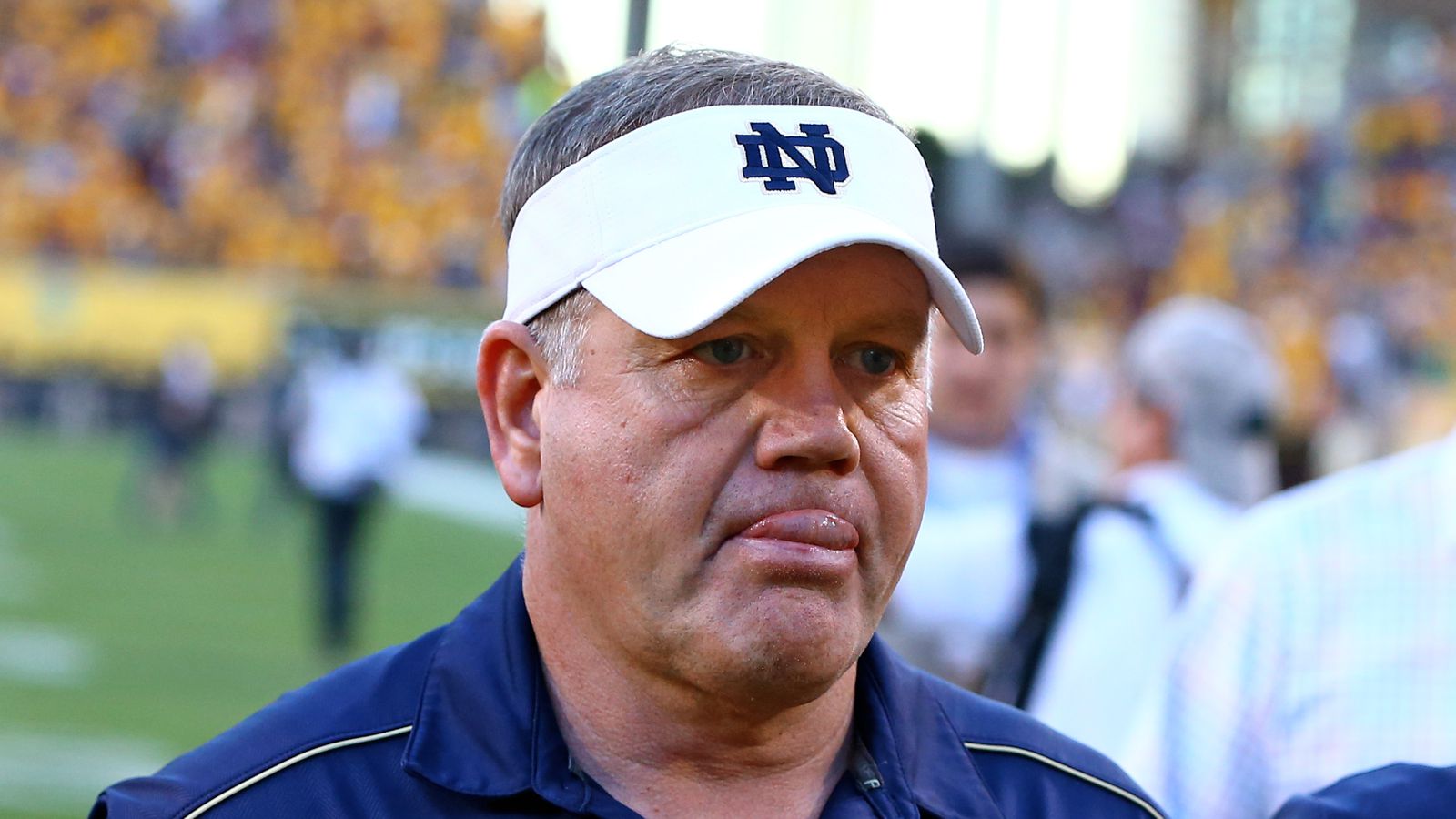 With championship games coming up, Notre Dame finds itself in a unique place. As the CFP selection committee has made clear, Conference Championships are an important factor in selecting teams for the playoffs. Because of it, a number of articles have been penned since its inception in 2014 about how independent schools like Notre Dame have one of the most difficult paths into the CFP. In short, independent teams like Notre Dame find themselves in a significant statistical disadvantage to make it into the CFP as a one loss team. While it is still possible should things fall just right, the bottom line is, a one loss team with a conference championship win is far more likely to make it into the CFP than an independent school without a championship game.

Yet, here we sit, a one loss Notre Dame just hoping Georgia beats Alabama (who will make the playoffs should they win) and Oklahoma St.loses to Baylor or Cincinnati to lose to Houston or Michigan to Iowa. But that's not the crazy part is it? Not at all. What's crazy, is that while there's a good chance this scenario could happen, and Notre Dame makes the playoffs, they're going to be doing so without a head coach. Believe it or not, Brian Kelly actually leaves a team with a playoff shot before there's an opportunity to find out whether his team might actually get in. Should that happen, this could be one of the biggest blunders of the decade. And I, for one, would absolutely love to see it.

Granted, I don't know who should miss out so I can get my wish. I love the idea that an undefeated Cincinnati will make it in, and I really think OSU is due. Plus, I want the Big 12 to be more relevant than it seems to be right now. However, there would be nothing more fun that watching Notre Dame play in the CFP with Brian Kelly watching from Baton Rouge. I just can't get over the fact this is a real possibility. While I understand BK probably saw what I said above, that Notre Dame is an independent school and has less of a shot at the CFP after the Championship games are played this coming Saturday, the fact that it's a real possibility is just so absolutely intriguing. In fact, I'm willing to bet it's one of the reasons he's leaving. He knows how much more difficult it is for independent schools to make the CFP and he's looking for a storied conference name to bring back to life. I don't blame him for leaving. However, I think the whole things is just wild. Can't wait to see how it all unfolds.