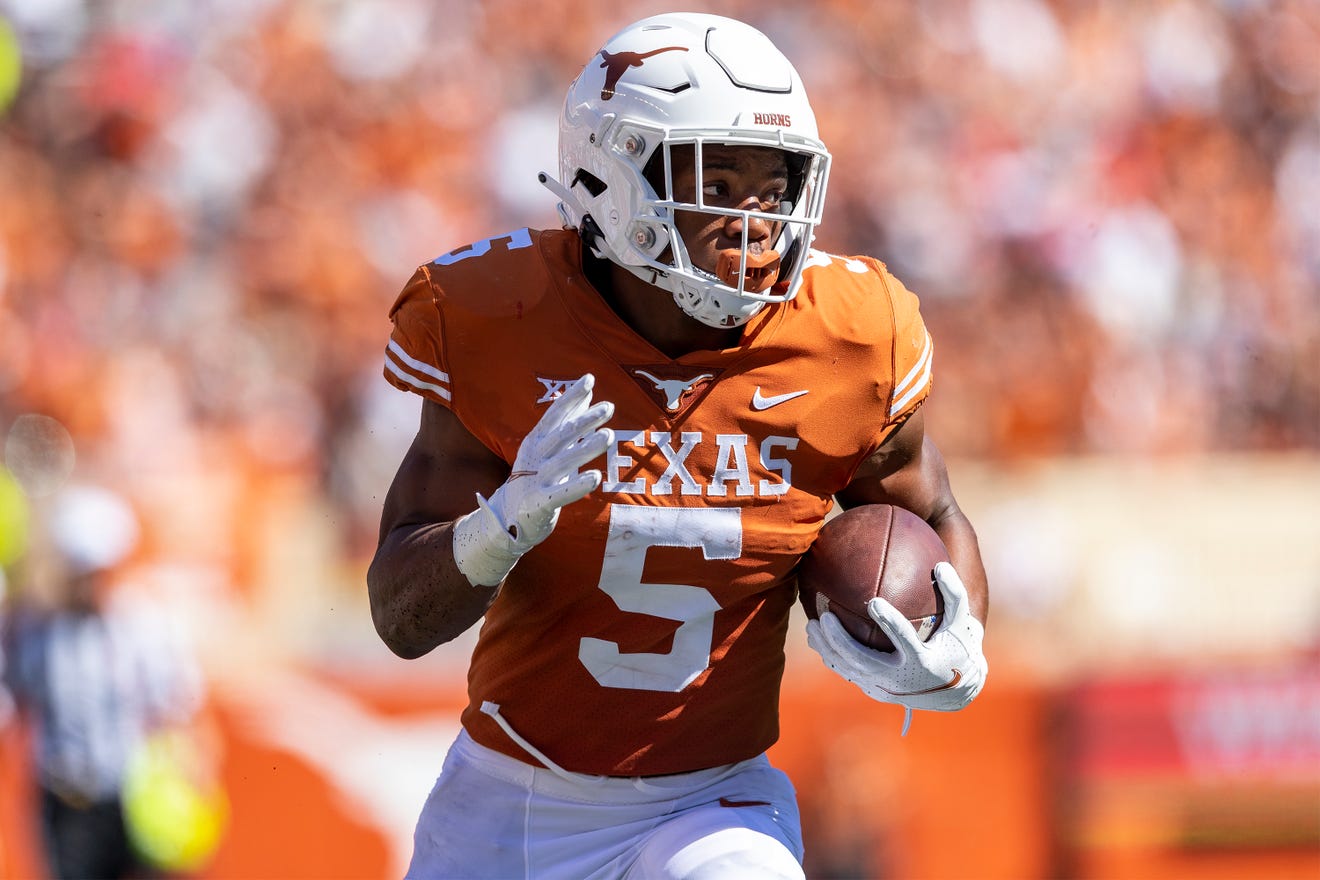 Just wanted to drop in and share my thoughts on the TX TTU game.

First of all, no Kool-Aid drinking yet. Yes, Texas is definitely working and starting to win the games we're supposed to win and in a fashion that doesn't let lower tier teams hang around till the end. But Patterson, Riley and Campbell all get up to beat Texas. And until we continue to play at a high level vs the very winnable games and start beating the teams we haven't in years past, we're still going to wait on shouting, "We're back." And in case you're wondering, I want 3 10 win seasons with a chance at a Big 12 Title and, at least, be on the outside looking into the playoffs those 3 years before I'll consider Texas back.

That said, this morning was one of the best starts to Big 12 play that Texas has had in a really long time. Arkansas beat AtM so they may not be as 2nd tier in the SEC as people think. I won't analyze Arkansas much more than that simply because we have TCU and OU coming up. never the less, Texas showed up to play and finally got around to whooping TTU like we should.

A Few Things I Noticed Compared to Previous Years:

D'Onta Forman aside, one of the biggest criticisms I've had with past Texas' run games is that our backs regularly ran as fast as they could, found the O Line blocking their way and either had to shift horizontally or didn't have the lane they needed for significant positive yardage. See Texas' O Line. Run into Texas' O Line. There is no question the coaching is different this year. Even as suspect as our O Line has been in the first 2 games, it is tremendously obvious the backs are being coached to wait for the play to develop and then commit to hitting the hole as soon as it opens. My wife is a former college BB player and noted that when the 3rd and 4th string guys are all seeing similar results, it's caused by coaching. And she's right about that. There is no question Bijan is a generational talent and has made some moves that no coach can teach. But when the other 3 backs have the same patience, wait for their gaps and hit them with good timing, that's coaching.

Another coaching detail I've been waiting for, and is finally happening, is that defenders are very obviously being coached to punch, pull, and rip at the football as the offensive player goes down. It almost seems when the opportunity is right, the first man who stops the offensive player is coached to hold him up while a second defender takes a shot at ripping the ball out. And while we haven't seen any major turnovers yet, there is no doubt it will pay off eventually.

Finally, I think the tackling has changed. Not just that guys are being coached to punch out the ball, but more so, that the Texas D is making the play in the open field. Arkansas aside, which is still something to consider, I see the coaches are finally getting the fundamentals across to the players. Sure, Arkansas probably shows that we're under new coaching and won't be perfect every game as we develop, never the less, it shows me we are developing in a lot of the right places and that development is something Texas fans have been waiting to see.

So, some really good signs to be sure!

2. The offensive line played really well. Casey had all day to throw the ball and picked TTU apart.

3. Bijan is a generational player. The use of his free hand to relocate defenders so he can keep running is unnatural. His ability to see the field and make defenders miss is tremendous. His ability to find the hole, lane, crease, or space where he can use his strength and push through, is beyond amazing. And his ability to keep churning and burning to either gain a few extra yards or actually break free and turn a stop into a big play is what phenoms do.

4. Casey got picked off because he got over confident. If he dials that down, he'll lower his INT's per game. Over all, he was lights out. He sees the field, is more than accurate, and makes great decisions when it comes to knowing when to tuck it and run. Card will probably be a great player at Texas, (if he doesn't transfer), but Sark was wrong. The good news is, winning is more important than his pride and he made the right call to switch to Casey.

5. X Worthy has a chance to be the best Texas receiver ever. That kid breaks tackles so well and his speed is a game changer.

6.We need to fix the deep threat. It's just not there yet. I think they will. Casey had a few deep balls in the Alamo Bowl last year that shows he can do it. He's just needs a few things to go his way.

7. Our biggest issue today was defending the deep ball. We can't give those up against teams like OU and ISU. We've got to clean that up.

I'm not ready to change any predictions yet. Today feels like we might fall more in between the 10-2 ceiling and the 8-4 floor, but we just need to play some of the better Big 12 teams before we'll know. up next is TCU. Patterson lives to be average and beat Texas every year. Additionally, SMU just planted their flag at the TCU center field after the game today. TCU will be looking for a redemption game and Texas needs to be ready. Don't expect a 70 pt game against a Patterson D on the road, er well, ever. Beat TCU and OU then we can start having Kook-Aid conversations.

Good game today. Enjoy it. It shows the future should be bright! But we're not ready for any coronations yet.