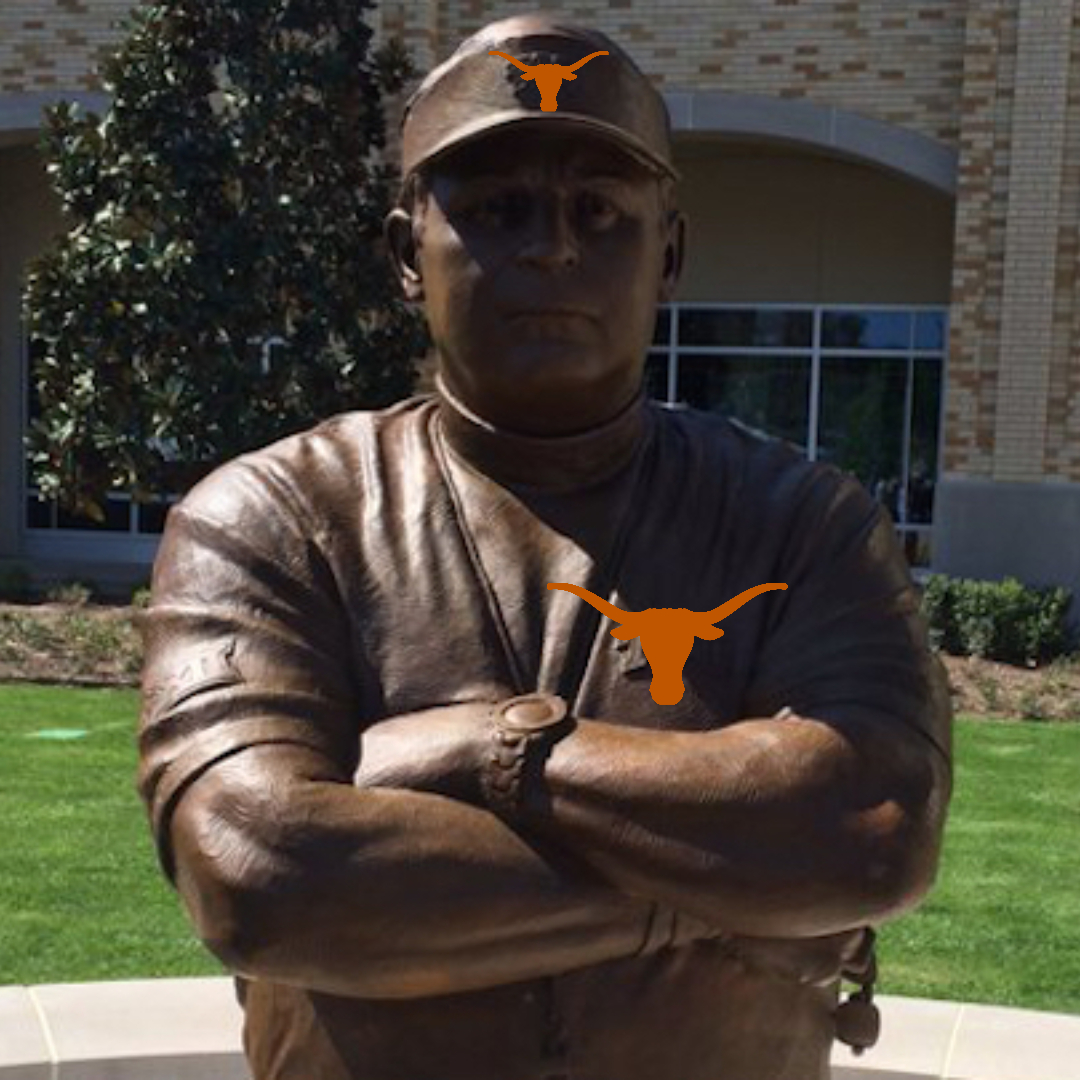 Coach K was one of the bigger question marks I had when Coach Sark started building his staff. Not that Coach K is a bad coach, but more so, the reason Sark hired him. The one big phrase that stuck out at me was when Sark said Coach K was the most difficult DC to plan for. And while I understand the logic, all I could think was, "Well, that's the Pack 12." Coach Sark didn't have to play the Alabama defenses of the world at the time, and frankly, neither did Coach K. I like Coach K and appreciate the study that Texas Homer did on his coaching style on YouTube. But there's no question the Texas Defense struggled in Coach K's first season.

I've heard a number of explanations on why Patterson is at Texas. Assistant to the Head Coach. Head Coach in Waiting (if Sark fails), DC in waiting (if K fails) and even one theory that Patterson is almost like a second in command under Sark. And I get it, GP has a vast knowledge of the offenses in the Big 12. I think his experience and defensive prowess would be invaluable to both Coach Sark and especially Coach K.

But if you were coach K, what would you be thinking? I have a really hard time believing this move isn't one of the most threatening things Sark could do to his current DC. Half of me likes the move and have of me fears it. I'm afraid it's either going to create so much conflict in the staff or pressure on the other defensive coaches, especially coach K, that this might be a nightmare in the making. At the very least, this will show us fairly quickly how good of a staff leader coach Sark really is.