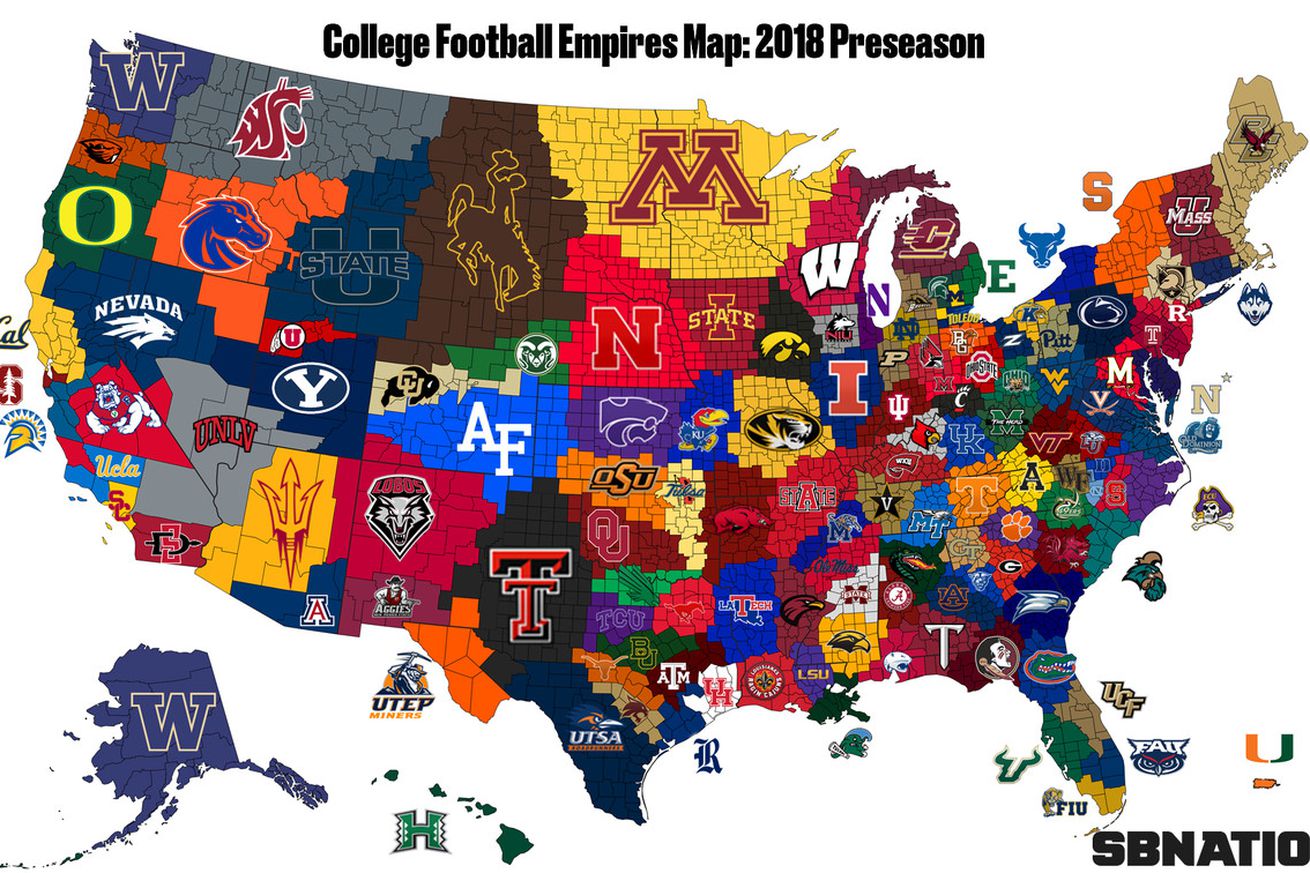 This could get wild... right now, the SEC and B1G have the advantage, but they may be shooting themselves in their collective feet.

The (former?) Big 12 is in a really good position to slip into an even better situation. As far as TV markets go, yeah, Austin left for the SEC, but it isn't close to the biggest market in TX. Houston and DFW are and those are two very large markets nationally. Baylor is within driving distance of DFW.

As it currently stands, the Big 12 is the only National Conference on the map. Taking in CIncinnati and UCF was brilliant. Along with WVU, they now have inserted themselves into both the B1G and SEC markets and those institutions can recruit well there.

If the Big 12 can get AZ, ASU, Colorado and Utah, they gain 4 markets that, though not the greatest at this time, are growing. If they are smart, they'll nab Cal as well. Then, there's one other CA school that has great academics, a big market (usurping a chunk of the LA market - which would grow even bigger if USC & UCLA struggle in the B1G) in UCSD. Granted, its athletics aren't up to par, yet, but, with the infusion of TV monies, growth is a given.

Then, you could place the CAx2, AZx2 & UTx2 schools into one division; CO, TXx4 & OK into a division giving you two very large market-driven divisions. UCF, WVU, KSx2, ISU and Cincy would form the other Division with, likely, UCF dominating in football (Orlando is not a small market, btw) and KS carrying basketball.

I can't see why NBC wouldn't dive headlong into a mega-marketing deal with a conference that looked like that, once NDU finally settles into the B1G and off their network. And, coming after the SEC & B1G marketing deals with ESPN & Fox have aged a bit, the NBC deal (w/c)ould surpass theirs. And, the SEC really doesn't have the market firepower of the B1G or the future Big Country/12.

I like where the Big 12 currently sits. And, looking at it, I like it better than where the SEC sits, for sure!
Additionally, UTSA (San Antonio is a much bigger market than Austin) and SMU (duh) are also available to bring in those two massive Texas markets. And, FAU, FIU and USF would further eat into the SEC's tenuous dominant position. Troy State is also out there. Five 5-Team divisions? Nationwide footprint? Wow. TX/OU may have just made the wrong, long-term move.
For sure, the ACC better look for a better TV deal - sooner (no pun intended) rather than later.