Computer problems render the Twitter recap about as ineffective as the Texas run defense.

I'm beginning to suspect that emotionally investing in the athletic ability of 20-year-olds might be unwise. #UTvsBYU #hookem

The Saturday night games really put a crimp on social activities. Last night, I planned on skipping a live watching of the game, and instead went out to a dinner party. I dislike these sorts of conflicts. First world problems, I know. Thus, I was probably the only person on the planet happy about the weather delay for Texas-BYU game, because it allowed me to get home in time to catch the second half.

Being out of the house during the game, I wasn't around to keep an eye on my Twitter software. When I returned home, I noticed that the program had crashed. I was able to restart things after realizing that rats had chewed through the wires connecting two important vacuum tubes, but in the end, I wasn't left with much in the way of data.

So this week, there will be no graphs or statistics. But I still was left with enough material to scrape together a column. If you feel that this all lacks a coherent theme, I apologize. Just think of this as an anger collage.

Due to the weather delay, Texas fans had to wait a long time for the start of their game, which meant they had to find something else to pass the time. Other football games were one option.

Don't worry, Dan. Your secret is safe. Cross my heart and hope to die, I won't tell anyone.

Other Texas fans used the extra time to try their hand at cooking.

I burnt my finger cooking... While drunk. So there's that. #hookem

It is easy to laugh, but we have all been there.

But eventually the game started. This happened right around the time that my program stopped doing what it was supposed to do. Oh well, I guess it spared me from some ugly comments. By the second half, folks had shifted towards sarcasm. And animal cruelty.

I won't feed my cat all week if the longhorns lose tonight. Try me.

With such a disappointing performance by their team, some Texas fans naturally tried to take solace in a higher power.

I need @craigway1 to tell me it's going to be okay. #Longhorns

Others floated plausible explanations for what was happening.

I can't believe Collin Klein got another year of eligibility and transferred to BYU. #Longhorns

Actually, while watching BYU quarterback Taysom Hill run through the Texas line over and over, I too thought of Mr. Klein.

The defense took most of the heat from what I saw on Twitter...

Texas defense listed as DOUBTFUL for the 2nd half. #Longhorns

But the offense wasn't beyond criticism.

Yep. It's easy to get sacked when you play like ballsacs. #Longhorns #irritated

That is an unfortunate typo, but we get your meaning. 19th century French novelists generally flounder in pass protection. 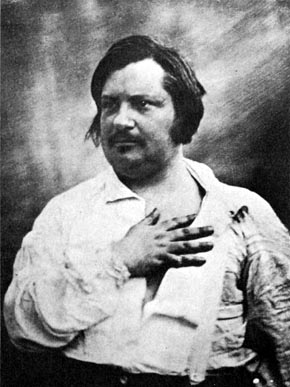 With things out of hand, national writers like Darren Rovell started to propose solutions for the Texas fan base.

Sign of the Times: With BYU up by 20 on Texas, it looks like there's talk of starting a Kickstarter fund to buyout Mack Brown.

All in all, it was a tough Saturday night. I hate watching Texas get blown out. And I hate it when things that I build break down. This Saturday evening featured both. Others know exactly how I feel.

From what I hear this is how the games going. I hate being at work and not able to watch #UT pic.twitter.com/9y1yaxVsMc