The Longhorns lost numerous games last season that were well within reach. This time around, Texas is learning how to come out on top.

Share All sharing options for: 3-1 Texas is learning how to close games after struggling to do so in 2017

Closing games was a test just a bit too tall for the Texas Longhorns last season.

Fourth quarter and overtime turnovers led to losses against No. 4 USC, No. 10 Oklahoma State, and Texas Tech, and after owning a late lead against No. 12 Oklahoma, a blown coverage assignment and an inability to respond late in the fourth quarter allowed the Sooners to escape the Cotton Bowl with a 29-24 win. Simply put, four of Texas’ losses last season — three of which came at the hands of playoff-caliber competition — were well within reach, but for a Texas program in the continue to take steps forward phase of its rebuild, close, competitive losses were enough in 2017.

The become competitive box was checked, as was securing the program’s first winning season since 2013 and first bowl win since 2012. In Year 2 of the Tom Herman era, however, moral victories en masse wouldn’t be as warmly welcomed, and coming close would need to become closing.

Texas’ earliest attempt to prove progress was made to that end was a resounding failure.

After once again falling behind against Maryland, Texas poured on 22 unanswered points to capture a 29-24 lead late in the third quarter, but in crunch time, it was the Terps who took control. Maryland instantly responded with an 11-play, 75-yard touchdown drive to regain the lead, 31-29, and the Terps following series ended with a field goal. Meanwhile, while playing from behind, Texas’ final four series of the afternoon ended with a punt, an interception, a fumble, and yet another interception to effectively send Texas to 0-1.

In an often over-reactionary world, many may have expected 2018 to bring much of the same misfortunes that plagued Texas in 2017, but the grass — or turf — has been greener at Darrell K Royal—Texas Memorial Stadium than it was at FedEx Field. 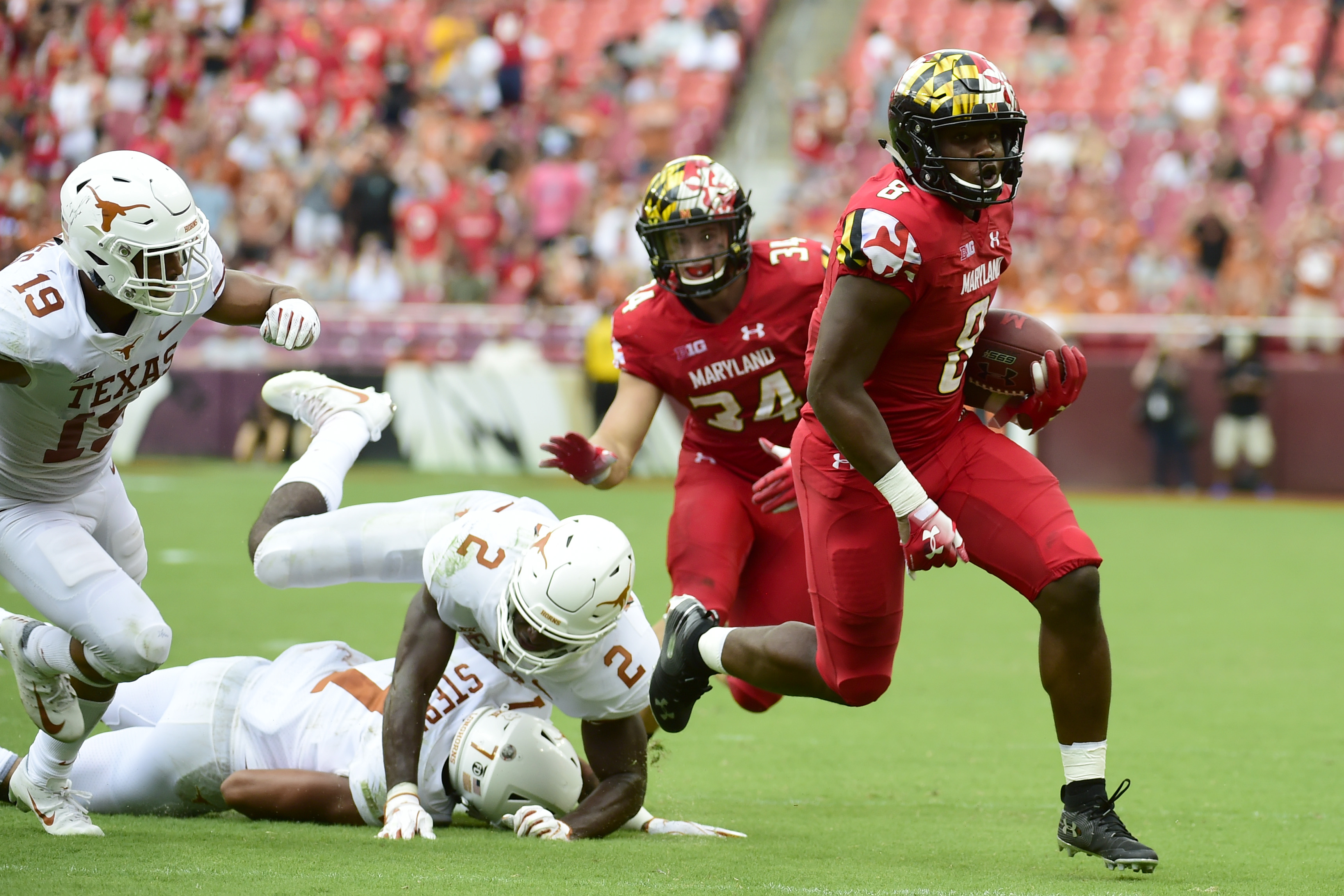 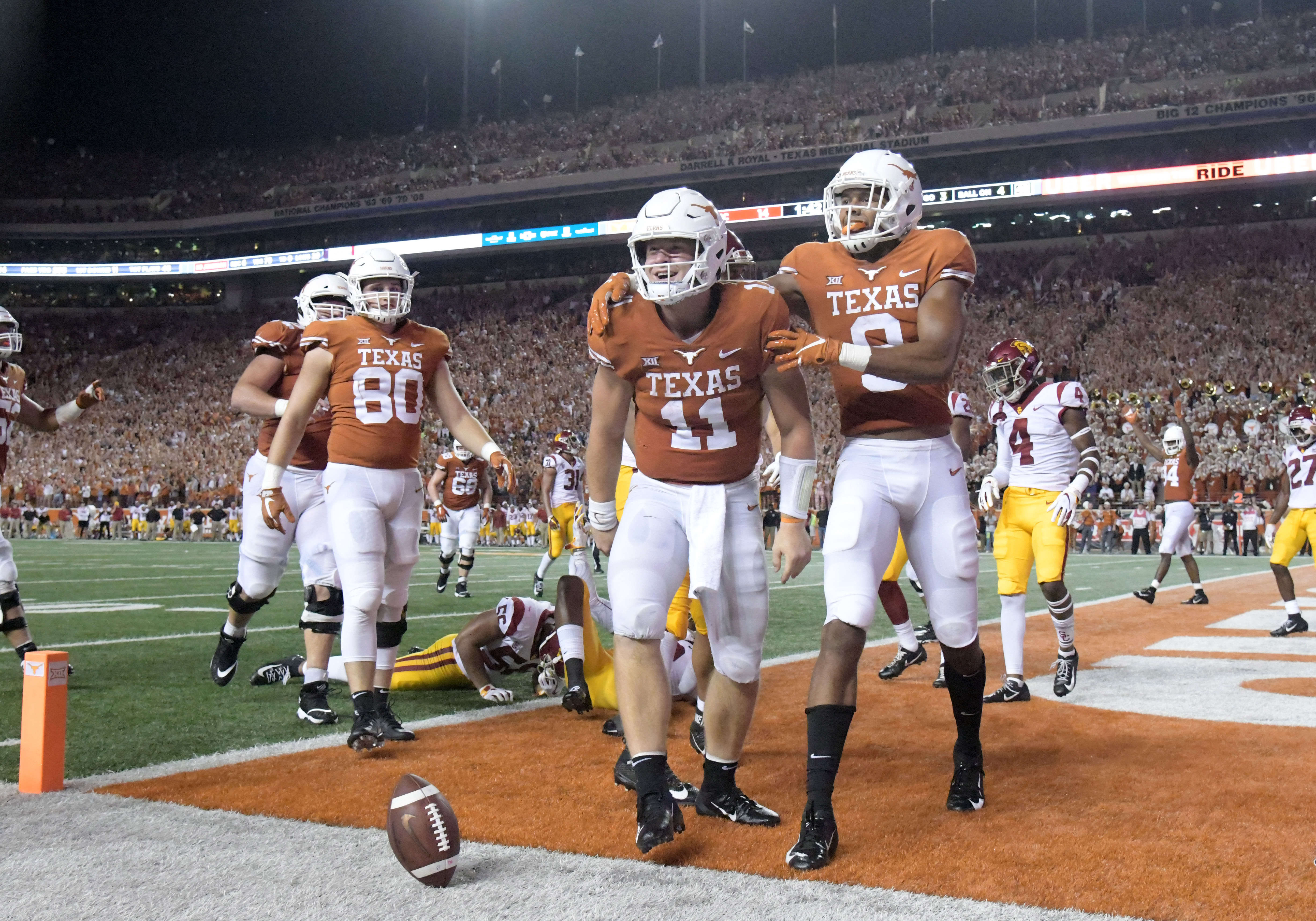 Just weeks removed from Texas leaving Landover, Maryland with its second loss to the Terrapins in as many tries, the Longhorns are ranked and riding their first three-game winning streak since 2014, and the 3-1 start is the program’s best since Mack Brown’s ball club was 4-0 in 2012.

What’s different, aside from the final score favoring Texas, of course?

The Longhorns are conquering one of last season’s most daunting demons and actually closing close games.

After building a fairly comfortable 21-0 cushion, Texas allowed Tulsa to roar back to cut the deficit to 21-14, and eventually to 28-21 late in the fourth quarter with fewer than five minutes remaining.

The Longhorns’ response? A clock-killing, 10-play drive that capped with Sam Ehlinger kneeling in the red zone. Many may argue that a Texas team that was quite clearly superior in the talent department shouldn’t have been face-to-face with a one-score game on the final drive to begin with, and understandably so, but the reality remains that Texas needed to close to capture its first win, and it did.

The following Saturday, on a far more magnified stage with No. 22 USC occupying the opposite sideline, winning would require Texas to overcome an obstacle it couldn’t just days before against Maryland, and dating back to 2017 losses to Oklahoma and Maryland — digging itself out of an early deficit.

When the first quarter whistle sounded, Texas trailed the Trojans, 14-3, but it was all burnt orange from that point forward.

The Longhorns’ response? 34 unanswered points as Texas out-gained USC by nearly 200 yards throughout the final three quarters. Yet, despite that dominance en route to a 37-14 final score, the outcome could have been closer had Texas not blocked out the past and closed by... well, blocking and closing.

With the Longhorns lead sitting at 23-14, USC’s Chase McGrath lined up for a 50-yard field goal attempt, which if successful, would have trimmed Texas’ lead to a single score, 23-17.

Rather, that play ended with Anthony Wheeler scooping-and-scoring a Caden Sterns blocked field goal, and the rest was history.

By this point, Todd Orlando’s defense had begun a full-fledged feast on USC’s young offense. After forcing a quick three-and-out and watching Texas’ offense trot down the field to extend the lead to 37-14, the Longhorns defense remained nasty in garbage time, allowing only 56 more yards to provide the cherry atop what was at the time, the most savory win of the Herman era.

Just one short week later, though, Texas was enjoying an even sweeter taste of victory,

Looking back, that didn’t appear to be the likely outcome at the tail end of the third quarter.

After Texas kicker Cameron Dicker missed his second field goal attempt of the afternoon, which marked the Horns’ fifth consecutive drive without points after taking a 10-6 lead early in the second quarter, the Longhorns looked a bit dead in the water, despite the deficit being only one score, 16-10. Aside from a 14-play, 69-yard drive, which ended with the aforementioned missed field goal, Texas’ offense had gone entirely stagnant since its first drive of the second quarter, and it seemed as if it were only a matter of time before TCU’s offense would take off.

Quite the contrary came to fruition, as the Texas defense began to smother TCU and forced turnover after turnover. And not to be outdone, the Longhorns offense found its footing, turned TCU’s garbage into gold, and cashed in on the scoreboard.

Within a matter of just a mere few seconds more than a full quarter, spanning from the 3:32 mark in the third quarter to the 3:18 mark in the fourth quarter, the following six-series sequence transpired:

The final series in this entire sequence is especially noteworthy.

Even after capitalizing on Robinson’s fumble, and doing the same shortly thereafter on Robinson’s interception to the tune of 14 points, the Longhorns lead was only 24-16 following TCU’s missed field goal, meaning the Horned Frogs were still well within striking distance in a one-score contest.

If Texas couldn’t close after taking control with just under nine minutes remaining, TCU would be presented with one final opportunity to force overtime with a touchdown and a two-point conversion.

10 plays and 78 yards later, Texas’ lead was lengthened to 31-16, and the 5:58 the Longhorns chewed from the clock essentially ensured that TCU wouldn’t enjoy enough time to mount a two-score comeback.

More notably, the Longhorns are closing in convincing fashion. For example, consider Texas’ last two appearances: Texas topped No. 22 USC and No. 18 TCU, marking the first time since 2008 than the Horns have notched two ranked wins in two weeks, and Texas did so by outscoring the Trojans and Horned Frogs by a combined 42-3 in the second half.

“We’re different,” Tom Herman said during his post-game interview of what dominating the second half against a ranked opponent for the second consecutive week says about his team. “We’re learning how to finish each week. We took a big step last week, took another one this week, but we’re far from a finished product.”

Texas CB Kris Boyd: "It’s different. We’re a different team. Everyone is believing in each other. I don’t know. We’re all just bought in and I love it."

Moments later during his post-game press conference, Herman echoed those sentiments, while also noting that the ranked wins leading to a rise in momentum isn’t the end of the road for Texas.

“This is just one step, one step,” Herman said. “This is not the end-all, be-all. This is a good win against another ranked opponent.”

”All it does is validate the fact that we have taken another step. That’s all,” Herman added. “We have many, many steps left to take.”

A third of the way through, it appears that the Longhorns mantra throughout the offseason is paying dividends. After failing to do so on numerous occasions in 2017, and again just weeks ago against Maryland, Texas has closed the books on back-to-back wins over ranked foes, and three consecutive victories combined.

As Herman noted, though, the Longhorns’ best start since 2012 shouldn’t be the end-all, be-all.

With eight regular season games remaining, including three against ranked opponents and three true road games beginning against Kansas State in Manhattan, where Texas hasn’t won since 2002, the Longhorns’ entire body of work is far from finished.