The Longhorns found success by utilizing multiple big-bodied receivers, and their recruiting efforts have Texas in position to enjoy similar success going forward.

Each of the aforementioned Texas Longhorns, just to note a select few, fit a certain profile; a profile head coach Tom Herman and his staff consider while evaluating wide receiver prospects.

Look around the Longhorns wide receiver room and you’ll witness one imposing presence after another. Between those signed and set to arrive this summer and those already suited up this spring, Texas boasts 11 receivers that stand at least 6’1, which overshadows often-praised units such as those at Oklahoma (9), Alabama (9), and Clemson (7).

This was done by design.

“There’s a definitive ‘what we look for’ in those three positions,” Herman told the media on Monday when asked whether or not Texas recruiting bigger receivers was intentional. “And the last two years was a little different because we couldn’t keep [Lil’Jordan Humphrey] on the sidelines so he was the one guy of those three best receivers that could play in the slot. But we had to change a little bit.”

Change can be good, though, and it was for Texas, which, in a sense, stumbled upon a recipe for success by chance.

For example, Herman said of the X receiver, “We don’t mind if maybe he’s a notch or two slower, but he’s going to be a big body; any time we get one-on-one coverage to the boundary, we’re going to take it.” 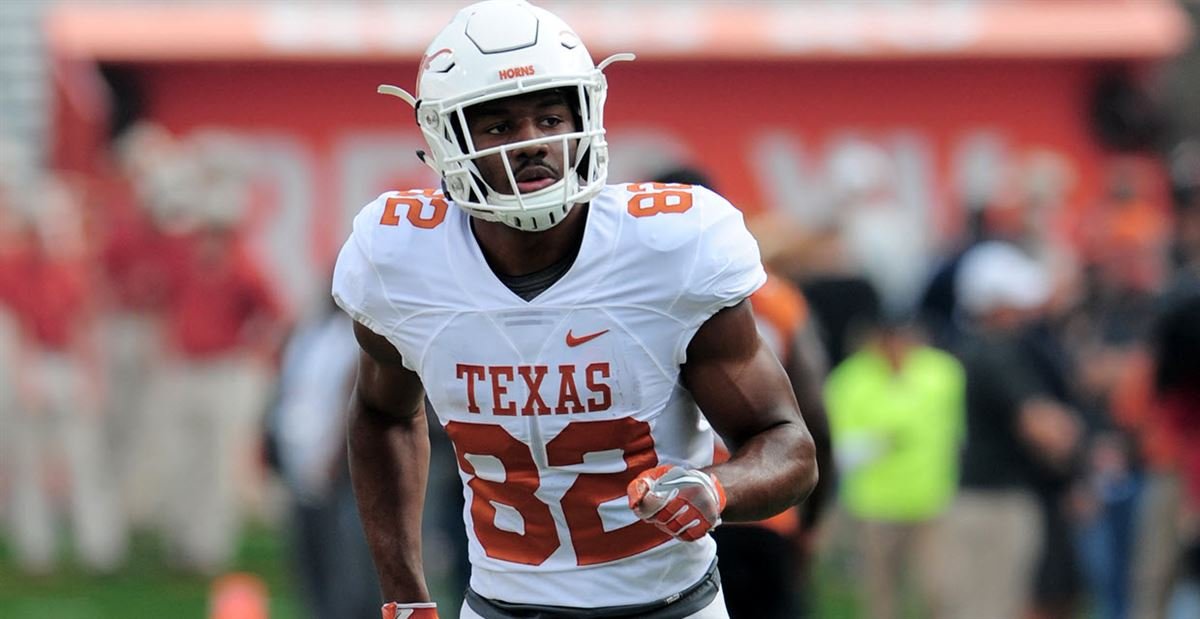 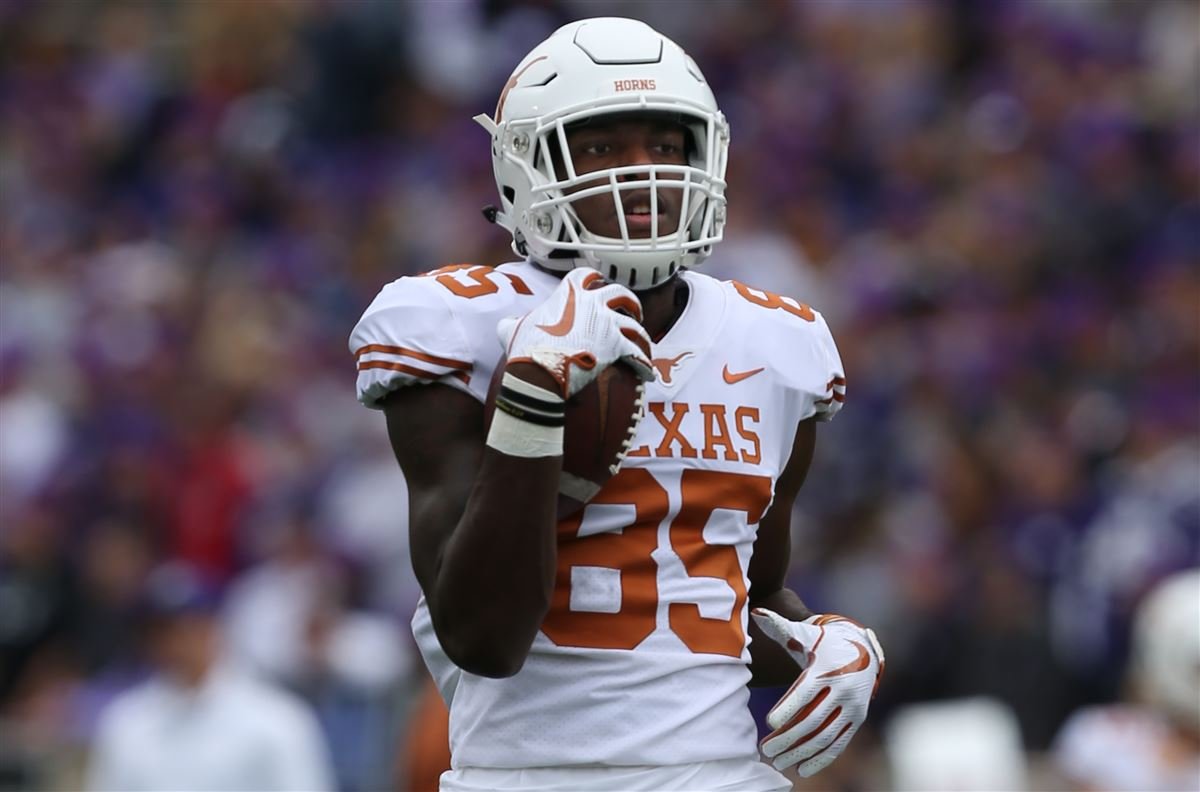 Herman’s wishes for the X receiver fit the 6’4, 210-pound Humphrey to a T, but the same could be said of 6’6, 220-pound Collin Johnson, who entered 2018 as the more heralded of the two. Johnson, of course, actually occupied that role, but as Herman noted, Humphrey was too good to keep sidelined simply because he may not have fit the prototypical mold of an H receiver.

“And the H is got to be H for hybrid; part running back, part slot receiver,” Herman said. “At H, we just happened to get pretty lucky that the guys that had that skill set in Joshua Moore, in Jake Smith, really in Jordan Whittington, which was going to be his original position. We were just fortunate that position also had some height, but definitely the two outside positions, we want them big.”

In Humphrey, the Horns found the hybrid skill set they sought after given his high school history as a running back with the frame often found on the outside.

Courtesy of his dissimilar size and his diverse skill set, Humphrey became a matchup nightmare in the slot — too big for most defensive backs, too shifty and elusive for most linebackers — snagging 86 receptions for 1,176 yards and nine touchdowns throughout a breakout 2018 campaign.

Humphrey was the exception to the rule, but that rule produced tremendous results, so it appears the rules are being rewritten to replicate those results through Texas’ next crop of high-profile pass catchers.

“That’s what we talked to him about (during the recruiting process), what role you can fill for us, they’re similar body types,” Mehringer told 247Sports Steve Wiltfong of his recruiting pitch to McCoy. “LJ is a little taller, Bru a little faster, similar skill sets and I was like oh my god, LJ is in the draft I got a great role for you.”

Such a pitch isn’t reserved purely for what could prove to become the Longhorns’ new-look slot receivers, though. As Herman noted, Texas wants them big on the outside, as well, and the Longhorns are recruiting accordingly.

The recipe for success can certainly change — in this case, heighten — when that success comes courtesy of such impressive size.

When their 2018 efforts are collectively considered, Humphrey and Johnson fell just 23 yards short of unseating Jordan Shipley and Quan Cosby (2,283 yards in 2008) as the most productive pass-catching pair in school history. In short, Texas went big and in return, received big results.

“They use big receivers and had two really good ones this past year,” five-star Calabasas star Johnny Wilson, who looks the part of the second coming of Collin Johnson, told 247Sports. “It’s easy to watch them and see how well I would fit with what they like to do. Coach Herman has a great system in place and that offense is nice.”

“Texas loves to throw the ball, especially to big receivers like me; so I think I’d fit in perfectly.”

Ironically, Herman and his staff didn’t recruit Humphrey or Johnson, but merely inherited them from the Charlie Strong era, yet they’re reaping the rewards of the big-bodied receivers both on the field and on the recruiting trail. By the time the 2021 cycle comes full circle, the praise and comparisons currently pointed towards Humphrey and Johnson could just as easily highlight the next crop of towering pass catchers.

The way in which Texas has recruited receivers under Herman will certainly ensure that there will be no shortage of options to that end.