The Horns lost their longtime commit to the Aggies on Friday night.

Share All sharing options for: On losing Connor Lanfear and the Aggies dominating head-to-head recruiting battles

When Hays offensive tackle Connor Lanfear switched his pledge to the Texas A&M Aggies from the Texas Longhorns on Friday evening, it was hardly a surprise, as a Junior Day visit to Texas the weekend before had not helped solidify his commitment after he nearly flipped while on an earlier Junior Day visit to College Station. 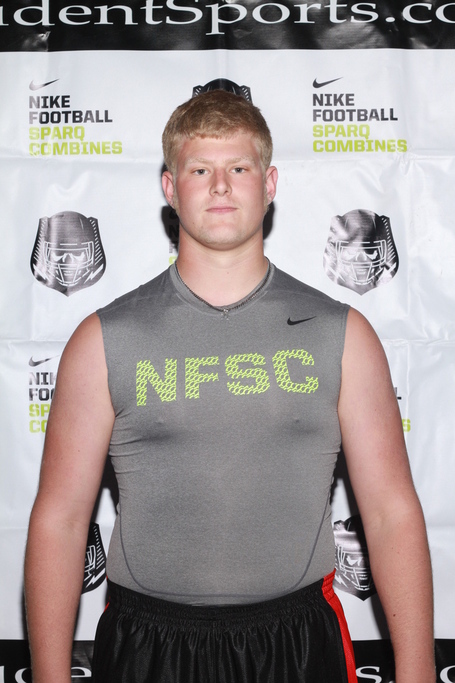 The consensus four-star prospect was an important piece of the 2015 recruiting class for Texas, as offensive tackle is a need position and the Horns had already lost another potential tackle, Keller's Maea Teuhema, to the LSU Tigers on Signing Day when Maea's older brother Sione signed with the Tigers.

So once again Texas is down to one offensive tackle in the 2015 class, Huntsville's Ronnie Major, who switched his own commitment from Baylor to Texas at the first Junior Day.

In a class where the Horns should take two or three tackles, the loss of Lanfear means more pressure on offensive coordinator Joe Wickline to land one of the in-state duo of Flower Mound Marcus product Keaton Sutherland and Houston Westfield's Toby Weatherby, the two prospects in Texas who have received offers at the position from the Horns and are still uncommitted.

Perhaps more importantly, the decision by Lanfear represented yet another data point in a growing set of Aggie dominance, especially in the 2015 recruiting class.

Going down the list of A&M pledges, here are the recruits with offers from Texas:

For those counting, that's eight out of the nine current pledges for Texas A&M and Texas had shown some interest in the other commit, New Orleans (La.) Easton athlete Deshawn Capers-Smith.

And how many players currently committed to Texas have offers from Texas A&M? Not a single one, in fact, though Rockwall-Heath safety/outside linebacker DeShon Elliott looks like he is on track to commit to the Longhorns over the Aggies at some point this spring unless A&M surges with him.

Looking at the rest of the top 20 in the state by the 247Sports Composite rankings doesn't provide a much more positive view, either. Texas has a pledge from the No. 17 player in the state, Euless Trinity offensive guard Patrick Vahe and probably leads for the No. 18 player, Fort Bend Marshall quarterback JW Ketchum, but is not currently in a strong position with any of the rest of the prospects.

To add it up, the Horns are behind the Aggies or have lost the top targets to A&M at wide receiver, tight end, offensive tackle, defensive tackle, linebacker, cornerback, and safety.

Clearly, the SEC impact is playing heavily here, as well as the relationships that the coaching staff in College Station has been able to build over time with prospects who have had limited contact with the new staff in Austin.

But that's not all that is going on, as the debut of the Good Bull Hunting webcomic illustrates -- there's a vast difference between how Kevin Sumlin and Charlie Strong are attempting to sell their programs.

At A&M, a DJ plays at spring practices and Sumlin visits recruits in a helicopter. The environment is fun and laid back, in no small part a reflection of Heisman-winning quarterback Johnny Manziel, who has been known to have his share of fun off the field, too. 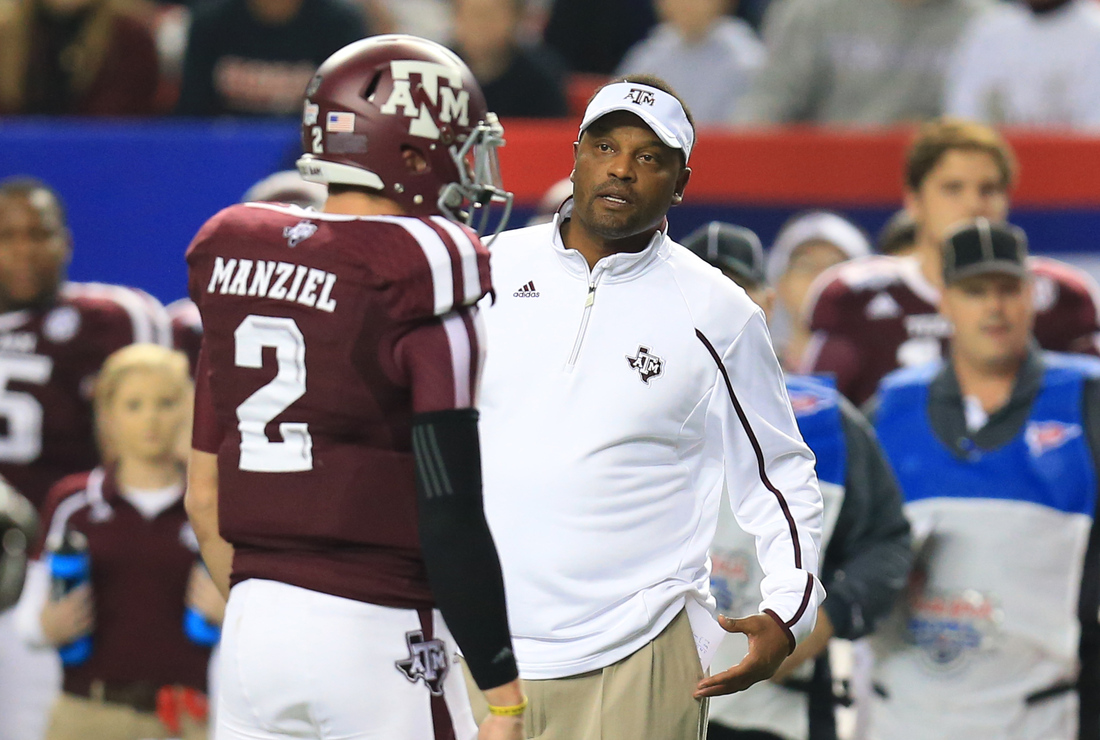 At Texas, Strong has asked players not to throw up the hook 'em sign until they earn it, he's strict on guns and drugs, has asked older players to move back to campus, and generally exudes a business-like demeanor as he preaches toughness.

There's nothing particularly fun about that, especially The Pit, where injured players endure grueling workouts in an attempt to dissuade them from nursing minor injuries.

The differences are easy to capture in images like the webcomic offered by Good Bull Hunting and there seems to be little doubt that Sumlin and his staff will work hard to accentuate those differences on the recruiting trial.

Now, that's not to say that the changes that Strong has made at Texas aren't necessary, because they certainly are after the last several seasons. Instead, the point is merely that in the way the programs are being sold to recruits and are going to be sold to recruits are appealing to extremely different emotions.

As a result, Texas could occasionally lose a player or two to Texas A&M who don't want to go through the rigors of Pat Moorer's strength and conditioning program and deal with the other imperatives passed down by Strong. Texas will lose some players who want to play in the SEC, especially on the defensive side of the ball, the area where Strong should be, well, strong because of his expertise there. Texas will lose some players in Houston who are increasingly identifying with the Aggies as the major regional program.

Add all those things up and the battle that Strong is facing becomes apparent. And the no-nonsense Arkansas native is not the type of coach who will compromise his vision for the program in order to better compete on the recruiting trail -- a trait that could be seen as both a strength and something of a weakness in the current environment.

Ultimately, the task facing Sumlin and the Aggies is to win in the toughest division in college football in a post-Johnny Manziel world after failing to make a BCS bowl or win the division in either of Manziel's two seasons there.

Can Sumlin instill enough discipline and toughness in his teams moving forward with his "fun" approach to football? Will the family atmosphere start breaking down if the team struggles to a losing season or two? Will the appeal of the SEC diminish if A&M recruiting cachet takes a hit as a result of losses?

Those are all critical questions that will help define the recruiting narrative between the two schools moving forward.

The extremely unfortunate fact for Texas at the moment is that the talent streaming to Texas A&M will position the Aggies to succeed at a high level moving forward, all while the pressure is on for Strong to develop less-heralded recruits and compete with the gadgets of the A&M recruiting machine while avoiding similar attempts to buy emotional capital with prospects.

Strong is playing from behind and doesn't believe in easy boosts to close the gap.

Next Up In College Football